How It All Began: Wendy’s Logo and the History of the Company

How It All Began: Wendy’s Logo and the History of the Company

Several companies have established themselves in the fast-food industry. Wendy’s is one of them. Since its opening in 1969, the company’s reputation has been on an upward trend. Its beef burgers and scrumptious fries have won the heart of many throughout the United States. Some might even say the menu items at the restaurant are simply perfection.

In this article, we want to plot out Wendy’s path throughout the years, focusing on the formation of the logo and the history of the restaurant chain.

You can also contribute to making Wendy’s growth in the fast-food industry. You can read more about their survey and also contribute your opinion on the quality of food and service.

Wendy’s birth can be attributed to one man, Dave Thomas from Atlantic City, New Jersey. Bereaved by his mother at the tender age of 5, he spent most of his days working at a restaurant while his father traversed the country looking for work. Dave was 12 at the time. He bussed tables and did all manner of the menial job at The Regas in Knoxville. This was where his dream for starting his own must have blossomed.

The original Wendy’s logo was that of a pretty, redhead girl in pigtails with a blue-striped dress. From the onset, the logo exudes familiarity and homeliness. That vibe was what characterized Wendy’s since its establishment. From the onset, burgers at Wendy’s were fresh and the service was prompt. Just like how anyone would have liked it in the comforts of their home.

Being 1969, the restaurant had to brand its logo in a way that would appeal to customers or a greater population. They adopted a notched and bold font typically to what was seen in Wild West movies. The logo made use of ringlets that reminded people of wagons. At the top of the logo was the company’s slogan. It declared the company’s commitment to fresh ingredients and cooking. 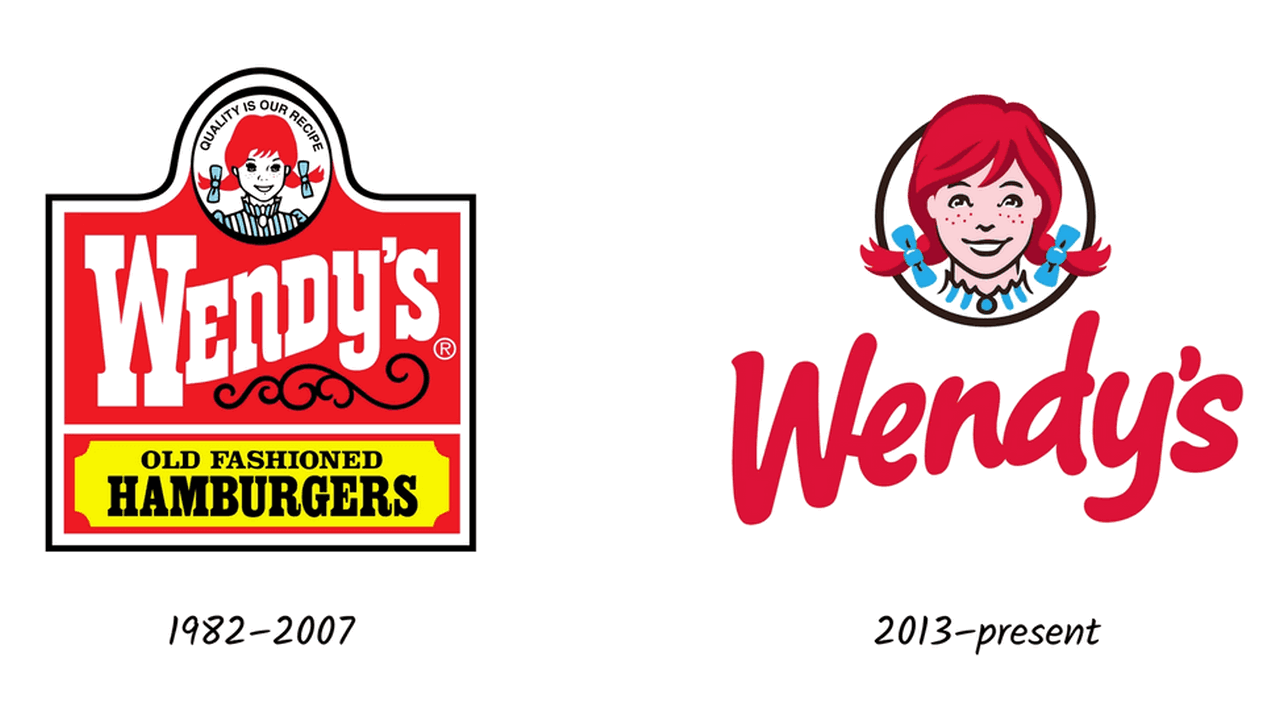 Rebranding is expected of any great company as the tastes and preferences of your customers change over time. But even though, Wendy’s has tried to maintain some features about their original version. The pretty, red-haired girl is still a prominent feature.

Instead of a blue-striped dress, you can only make out a blue-and-white collar. The girl’s smile maintains that approachable and familial atmosphere that you have every time you go home. It shows that the company has stuck true to its roots.

Either by design or coincidence, you can make out the word ‘mom’ in the logo. This is a touch of finesse that not many can identify. When questioned about the addition, the company’s execs denied knowing anything about it, though that seems questionable. A mammoth company exec doesn’t know every single detail about their logo? Hmm.

Anywho, such a detail is a powerful message that compliments the type of service that you will receive once you walk in through Wendy’s doors.